Marafiq is Saudi Arabia’s first private integrated power and water utility company and the utility lifeline to the industrial cities of Jubail and Yanbu which play a major role by contributing to the kingdom’s national economy. Marafiq’s services comprise of power generation, transmission and distribution, potable water, seawater cooling systems, and sanitary and industrial waste water treatment. MARAFIQ Yanbu has two plants (Yanbu I and Yanbu II) with a total generation capacity of 2032MW and daily potable water supply of 51,000 m3/day.

MARAFIQ Yanbu was using a MPT1327 system and was suffering from problems including traffic jam due to the limited channels and increasing business, small coverage which was not big enough to cover the expanding area of Yanbu, poor voice quality especially in noisy background like turbine engines and lack of spare parts and technical support, which made it urgent to upgrade the system. Also according to the latest regulation and requirement of HCIS (High Commission of Industrial Security) of KSA which belongs to the Ministry of Interior, the new system must support high reliability with redundant design, high safety with encryption, visualized dispatching, and voice recording for at least 12 months.

Solution features: Smooth Migration from MPT1327 System Full Redundant Design After careful study of the MARAFIQ requirement, the HCIS regulation and a detailed site survey, Hytera and its partner proposed a state-of-the-art DMR Tier III Trunking system and stood out from the vendors after strict technical and commercial evaluation.

The HCIS compliant Hytera DMR Tier III Trunking system composed of two base stations and a MSO with all the major components in redundancy design and hot stand-by mode to secure its reliability, the base station adopts the Triple Diversity Receiving technology to enlarge the coverage. The TDMA technology doubles the channels and ease the traffic.

The base station in Yanbu I and Yanbu II are interconnected by IP and the radios can intercommunicate between the two sites and roam seamlessly between them. Dual Authentication stops intruders and AES Encryption protects the system from eavesdropping. Besides crystal clear digital voice, the system has versatile data service like message, GPS, AVL and voice recording, etc. The dispatcher can know exactly where the staff/vehicles are located & moving by using the GPS and AVL function thus accomplished visualized dispatching.

All the voice communication in the system is recorded and can be played back for historical check and truth recovery. Hytera PD785G UL913 Intrinsically Safe Portable Radio is rigid with excellent RF and Audio performance provides crystal-clear voice communication even in hazardous environment.

Besides the outdoor coverage, Hytera also provides the TS-9200 BDA and the distributed antenna system to enhance the signal strength in the reinforced concrete explosin-proof buildings and the users can experience seamless roaming when they get in/out of the buildings. 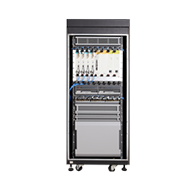 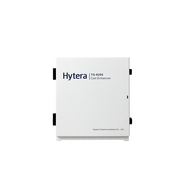