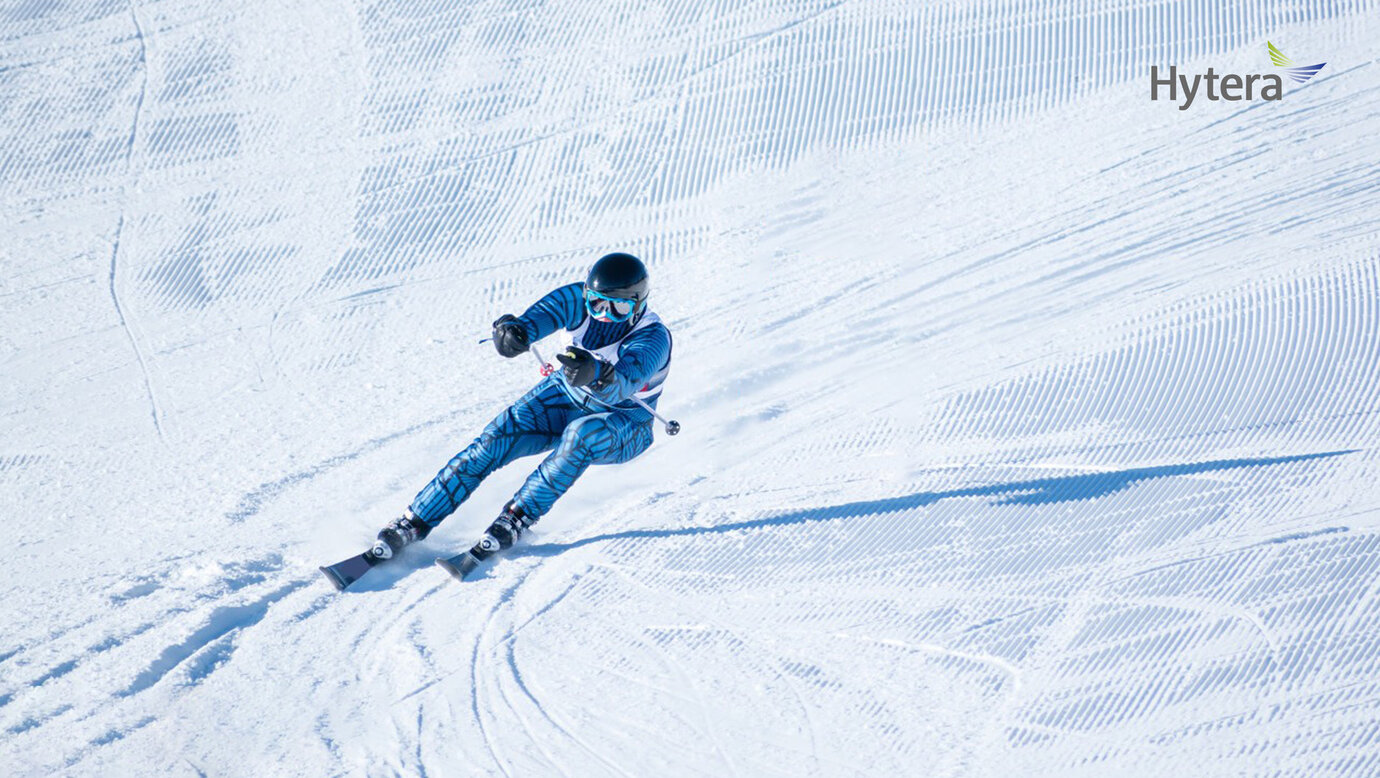 To ensure a safe and smooth run of the event, the onsite security officers, the referees and rescue teams need to respond quickly to any accidents and emergencies during all the events. The Olympic committee adopted a series of professional communication products from Hytera and empowered the staff and volunteers with reliable communication support. Hytera's terminals and systems were powerful, rugged and excelled at monitoring the outdoor competitions which saw temperatures reach under -30 degrees. Hytera also supported the command and dispatch of the healthcare workers in the Olympic Village, and protected them via non-contact communication.

The venues for the Games were situated around Beijing, and included its suburb Yanqing District, and Zhangjiakou. The communications needed to be suitable enough for long-distance and wide-range coverage, whilst also being available for use by multiple users and groups. For example, the public safety departments as well as the emergency and respond departments needed to safeguard the cities’ daily operations and deal with the emergencies that occurred during the Winter Olympics Event. Hytera’s two way radios provided the reliable voice, image and video services, to enable the police officers to carry out multiple missions simultaneously, which enabled efficient critical communications. For emergency and respond rescuers, Hytera’s mesh radio and E-pack digital wireless ad-hoc repeaters deployed a flexible and stable on-site command. Moreover, for the new Beijing–Zhangjiakou intercity railway, Hytera also provided a series of communication products to ensure reliable and secure communications among drivers, dispatchers, and staff at the station, including the ability to monitor train status in real time.

Hytera has a strong background in providing command and control, and security protection for major events. With cutting-edge PMR technologies, Hytera has supported various major events in recent times such as, FIFA Arab Cup 2021, the Euro Cup, FIFA World Cup, Doha IAAF World Athletics Championship, etc. Hytera has empowered and facilitated the success of many events with safer and faster communication networks.